Dyersburg City Schools consideres it a priviledge to partner with parents to educate the children of Dyersburg, Dyer County, and beyond. However, we need all children to be in school whenever possible to properly educate them. Please read the articles below to learn more about the truancy and attendance laws, policies and procedures.

Attendance Definitions
All student absences should be accompanied with a note. Parent notes, doctor's notes, or other documentation should accompany the child when he or she returns to school. Please refer to your child's school handbook for more information.

A child that becomes classified as Excessively Absent shall be required to have a doctor’s excuse/note to receive an excused absence. The Excessively Absent classification and subsequent excuse procedure shall continue for the remainder of the current year and the next school year. However, parents/guardian shall send notes when students are absent for documentation purposes.

Students shall be removed from the Excessively Absent list the following the year they miss fewer than 15 days.

If a student transfers into Dyersburg City Schools, then a student’s attendance record from the transferring school(s) or placement(s) will count toward being Excessively Absent for the current school year.

A parent may appeal the decision of his/her child being considered Excessively Absent due to extenuating circumstances, which may include, but is not limited to, extended hospitalization or military deployment of a parent. A written letter of appeal stating the reasons for absences shall be sent to the principal of the child’s school. The principal shall evaluate the child’s attendance record, render a decision, and respond in writing to the parent within 10 school days of the appeal. If the principal grants the appeal, then the child will be removed from the Excessively Absent list.

Individual schools may impose other penalties for students that are classified as Excessively Absent.

Tennessee Law states that any child that misses 5 UNEXCUSED days of school within a year is considered truant. When a child becomes truant, it triggers a Progressive Truancy Intervention Plan as mandated in Board Policy 6.200.

Progressive Truancy Intervention Procedure
To combat both Excessive Absenteeism and Truancy, each school shall generate a warning letter to parents and students at the third (3) absence, regardless of whether it is excused or unexcused. Letters must be generated at least weekly.

The Progressive Interventions shall have the following steps:

Tier 1 shall be a schoolwide truancy prevention letter that shall be generated and sent to the parent at the student’s third (3rd) unexcused absence. A parent shall attempt to contact the designated truancy staff member by phone.

Tier 2 shall be triggered at a child’s fifth (5) unexcused absence. When this threshold is reached, the school shall:

Tier 3 shall be triggered at a child’s tenth (10) unexcused absence and/or when Tier 2 was not effective. In Tier 3, the school shall:

Students and.or parents shall be cited into Dyer County Juvenile Court when the first 3 tiers have been unsuccessful or when the parent or child refuses to cooperate with the school in the truancy intervention process.

At any point in the Progressive Truancy Intervention process, if a parent/guardian or student is unwilling to cooperate with Dyersburg City Schools or to implement the intervention plan, the child and/or parent may be immediately cited into court. The school shall maintain the evidence of the unwillingness of the parent/child to cooperate with the school district regarding truancy issues. 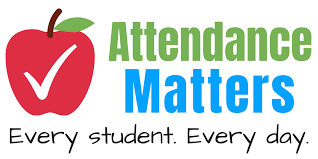